I just found out today from a friend that Chaplin Chang has passed away.

I first met Chaplin after volunteering to help him edit his memoirs through a mutual friend and several meet ups were to follow over the next few years. He had a lot of energy for a man in his late 80s and early 90s and always insisted on travelling out from his home in Tin Shui Wai to meet up for some food and a chat.

He had quite a fascinating life, the early part of which he turned into a memoir - Beyond the Blockades - largely about his days as a seaman doing supply runs up and down the coast of China during the late 40's and early 50's. Later in the 50s he became involved in the film industry. As a native Hokkien speaker (he was originally from Xiamen/Amoy) he started off acting in Hokkien-language movies made for the Chinese diaspora in Asia and later, due his excellent English skills, started to liaise with overseas production companies that came to HK to shoot movies and often filled the role of local Assistant Director. As you can see from my various Chasing Chaplin posts, he often had small cameo roles in these movies as well as working behind the camera.

Anyway, I shall miss Chaplin, he was a warm and friendly person and was chock full of stories (and photographs) of his time in various films. R.I.P. 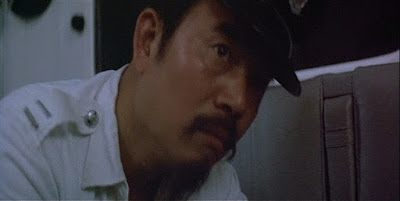 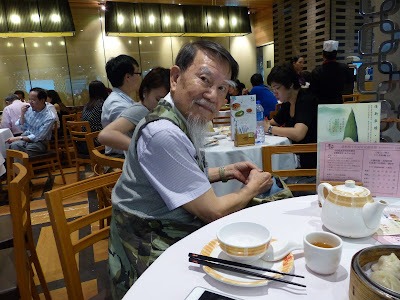