Despite being a budget independent production, the producers obviously managed to budget in a conference room at the Intercontinental Hotel for the Hong Kong Office scenes. I still haven't quite located where the establishing shot for this was (it's a close angle view  up of the front of a building that really could be anywhere) but it looks as though the interiors were filmed at this hotel. The view was obviously a help in locating the rough area but the giveaway is the bit outside the window that forms a bit of a sun shade. I think only the Intercontinental has this design. 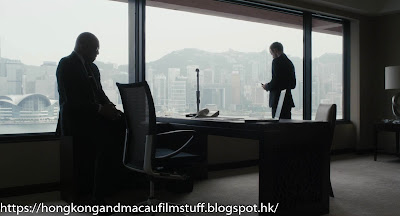 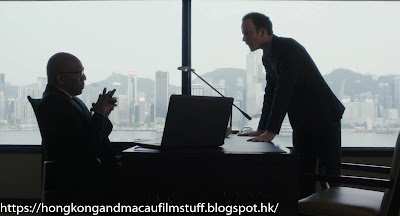