Going over some of the old films I've covered, as I often do when pickings start to get slim, and I found this scene from Die Jungen Tiger von Hong Kong that involves some hastily tying up of loose ends in the middle of the film. The scene involves one of the gang's members being killed on a rather large set of steps.

Initially I thought these steps might be the ones in Aberdeen that led up to the Shek Pai Wan estate, but on closer inspection they weren't similar. Anyway, it turns out that these steps were in fact directly opposite Wader Studios and led up to the old Shek Lei Resettlement Estate.

The estate no longer exists and has been replaced by the newer Shek Lei Estate, but the steps are still there and instead now lead up to an open bit of ground that is currently a sports pitch. In the images below you can see that at the time of filming there were buildings there. It wouldn't surprise me if this sequence was filmed at the same time as these other scenes. 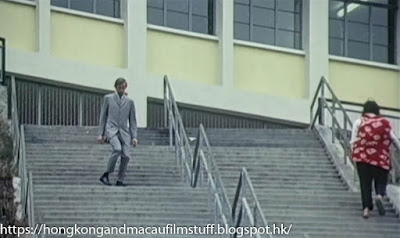 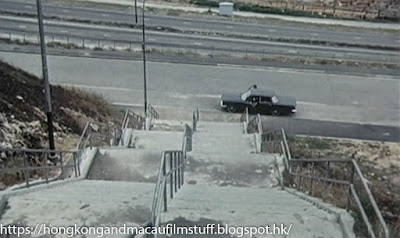 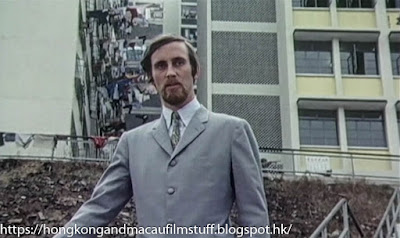