Elgin Street appears a couple of times in this film. Actually, the street really has two sections. There is the northern section, lower down the hill, between Staunton Street and Hollywood Road that can be seen as part of the establishing shots in the first image below. That screen capture shows us looking up the hill from where Elgin Street meets Hollywood Road. The lower image appears later during the couples' long and circuitous walk to Lan Kwai Fong, and shows the southern section of the street (i.e. higher up the hillside between Staunton Street and Caine Road). 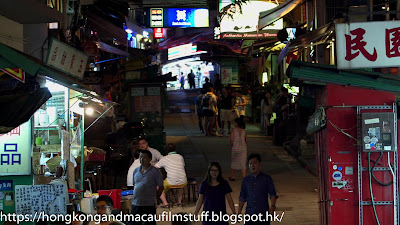 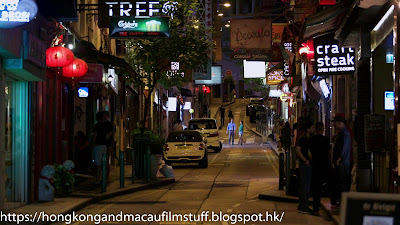