In the show, Taylor's character, Glenn Evans, lives in a rather swish modern low rise apartment block. In several of the episodes a well used shot of the place is used for establishment purposes and , after a bit of digging around, it turns out that the apartment block in question was the precursor to the current Magazine Heights (which incidentally, I covered not that long ago for Black Cobra Woman).

According to Gwulo.com, this building was constructed at 17 Magazine Gap Road in 1950 and was demolished in circa 1967 when it made way for the current Magazine Heights development. You can see a distant view of it (marked as 9a) here. 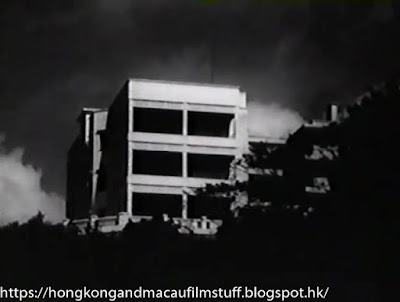 There is some other footage of this place, or at least its podium, but you'll have to wait until episode 6 for that.
Posted by Phil at 13:16