The full title, also seen in the screen grabs below, is the "Shek Kip Mei Reporting Centre and PTU KW Operational Base". It just goes to show how little I know about filming taking place in HK because this is, quite literally, just down the road from where I live. Anyway, in the show it's where David and Jonah have been languishing following the discovery of the body on the beach. Jonah is freed because David turns up with the murder weapon, and then he is freed because a mystery person has paid his bail. 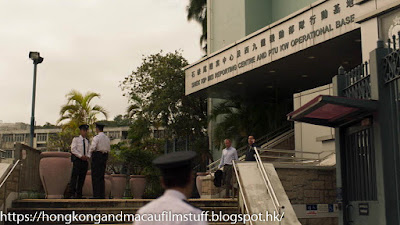 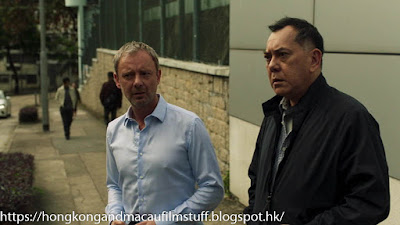 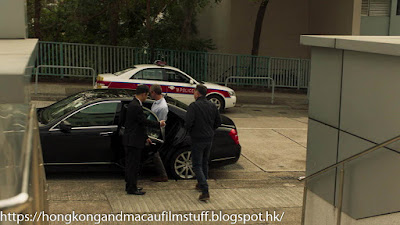 I thought it was rather sporting of the police to be so cooperative for the show considering how it shows them all in a not-so-great light (one of the more realistic aspects of the show, I feel).
Posted by Phil at 11:12