Not too far away from the former Penglai Pavilion site is Dihua Street. This is the location used to march the sailors back to the ship as they are being harangued and bombarded with all sorts of nasty stuff. In general, most of modern Taipei only really appeared after the 1960s and lacs the look needed for 1920's Changsha. Dihua Street is one of those older streets that has been around for much longer and has been able to maintain much of its antique look and feel. There are the odd clumps of modern development (especially in the southern section of the road) but many old (and stylish) buildings are still extent in the middle and northern sections and it looks as though that was where filming took place.

There are so many old buildings along here it boggles the mind, but if you walk far enough north you'll find some red brick ones that are similar to the ones seen on screen. What makes identification a bit more difficult is that these buildings have had some excellent renovations done, making them look almost new, and I think it might be complicated by the fact that there are also a few newer additions that have been built in a style sympathetic to the area. So some look old but aren't simply because of their architecture. It's very hard to determine. 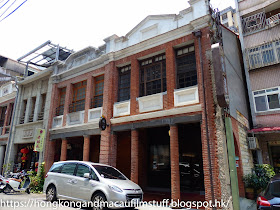 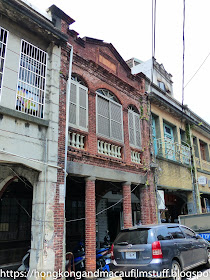 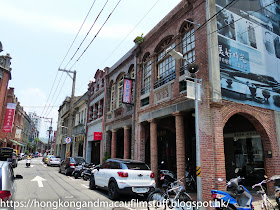 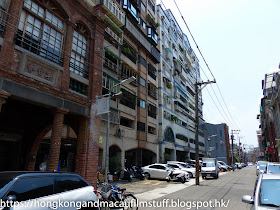 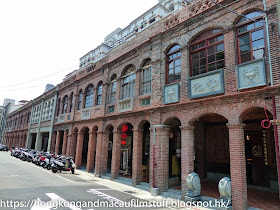 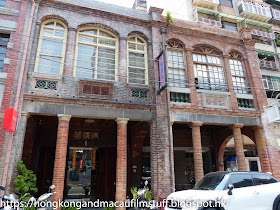 However, there is one spot that I know was featured and it is in the picture immediately above. I've cropped and highlighted the name on the building and you will see that it is the same one seen in one of the screen grabs above. I've re posted below. 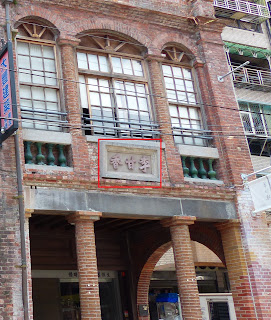 Note that in the film the row of buildings continues to the right, but today the building marks the end of the terrace and a new block of flats has been built where the old buildings once were. So it looks like not everything was saved.

Actually, if you are eagle-eyed enough you can see this building in the screen shot below, courtesy of the two signs hanging outside the windows.You can see them directly above the position of the sailors in the top centre of the image. Unfortunately then, it looks like all the buildings to the right were demolished to make way for new development. You will see what I mean if you click on the GoogleEarth link here. In that modern link you will see the gap on the right where the old houses were demolished and a new building has been built set back from the roadside.

Anyway, at least there is at least one building that helps us place the scene properly.
Phil at 22:22
Share