In the last The Sand Pebbles Taiwan post we visit the Lin Family Mansion in Banqiao. This is location of the elephant statue that McQueen and a local boy are throwing stones onto for good luck. I'm still not sure if the elephant was a prop or actually part of the garden, but suffice to say it hasn't survived the years so perhaps it was just a prop after all. The garden itself and the traditional Chinese style house at the other end are still very much intact though and I went there a couple of weeks ago.

Seeing some of the behind-the-scenes pictures online, it's astonishing to think that at the time of filming the surrounding area was basically just open fields (with the exception of a nearby Catholic Church), but when I visited I can tell you the whole place is as bustling as any other part of the city with the development to match.

Getting here is straightforward enough, I just caught the MRT to Fuzhong on the blue Bannan Line and walked for about 10 minutes. The garden is NT$80 to enter and consists of two parts: a large Chinese style garden with various traditional buildings and pavilions, bridges, ponds etc and the second part is the privately owned Lin family mansion and the open garden that extends to its front (i.e. the filming location).

Here lies the problem for budding film fans. In order to get into the mansion side you need to grab a (free) ticket for the next available tour (tour of the Lin mansion that is, not the tour of the Chinese garden). The tour is in Chinese only and you will not get in without a ticket because the entrance is small (through a door in the wall) and you are stopped for your ticket as you go in i.e. no way to sneak in.

The second problem is that the tour is only of the mansion and not the surrounding grounds and each group is chaperoned by at least 3 assistants who make it their mission to stop you from straying away from the tour path. So, with that in mind I can only say that I was very close to the filming spot by about 20 metres, but was forbidden from going any closer. I don't know why that section is off limits. 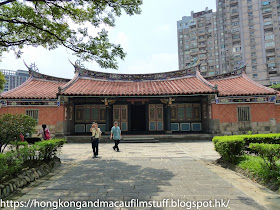 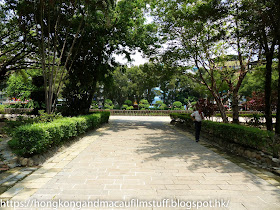 In the picture above, the filming spot is beyond the "minder" just in front of the balustrade wall. It's a large courtyard area with an ornamental pond on the other side of the wall. This was the closest I could get, sadly. The elephant statue was placed slap bang centre screen at the end of the path. 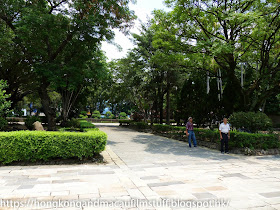 Two minders to ensure no one wandered to the back.

Actually, in terms of getting closer to the location, walking around the outside of the garden is almost as good as going inside and I took these following photos from the public pavement by the main road. The location is just the other side of the wall. 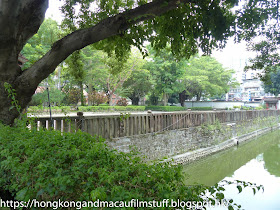 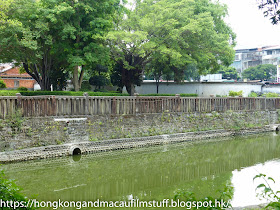 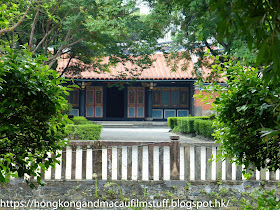