The final scene where our friendly taxi driver manages to set up his own tailors along Great George Street in Causeway Bay. 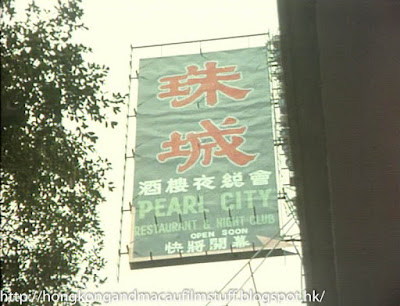 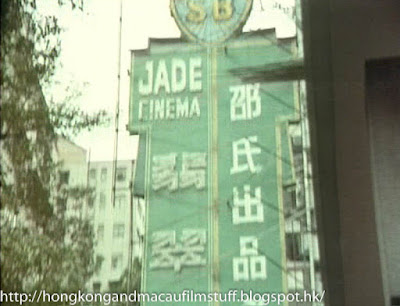 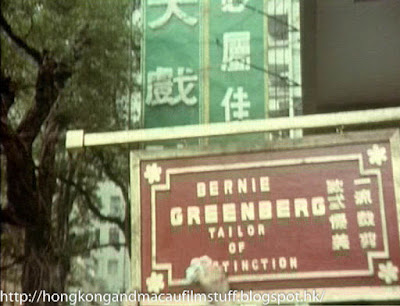 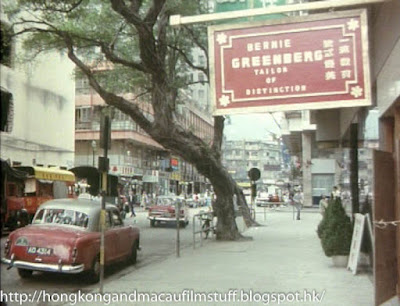 In the lower picture, - at the back, underneath the red sign - is the Great George Building, once home to the much talked about Daimaru department store that closed in 1998 after nearly 40 years.

Edit: I forgot to include the other shots of Great George Street when I first posted this. Filmed outside Daimaru with a view to the other side of the street and the various shops there. 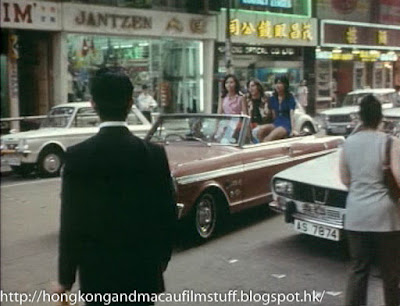 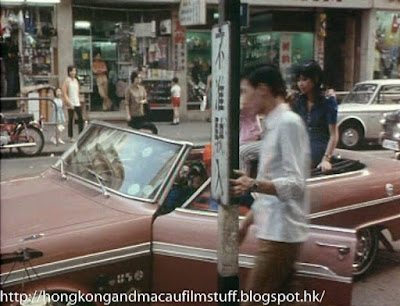 And finally a clip of the taxi pulling into Paterson Street. The building at the back is the one that Thomas mentioned in his comment (see comments below) most likely being the former Dairy Farm Depot. That small section of Paterson Street is now closed off and pedestrianised and the Hang Lung Centre sits on that site now. 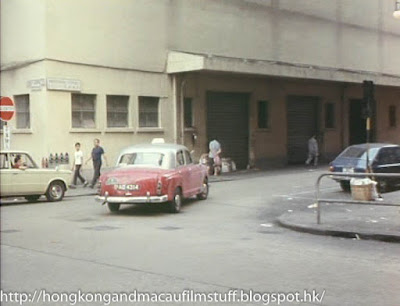