We get some cool scenes of Kowloon as the cars head up the hill. Starting with the first picture which shows the proper start of the hill climb just past Fat Chong Temple. 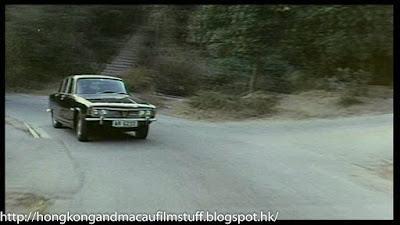 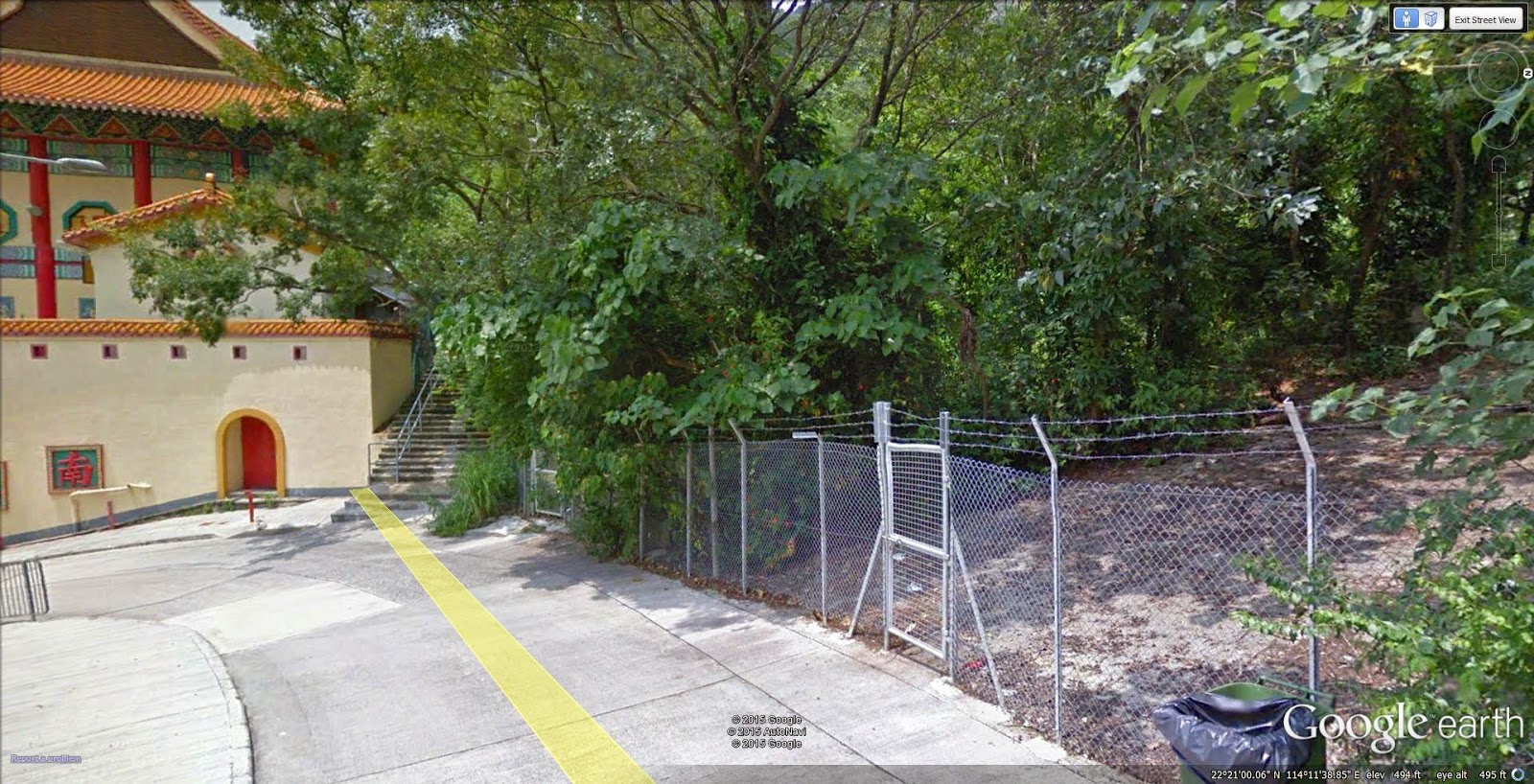 A little further up we also catch a glimpse of the old version of the Shatin Pass Estate at the background. The current buildings are quite new and significantly higher than the original, but we can see what the originals looked like courtesy of the HK Memory website: 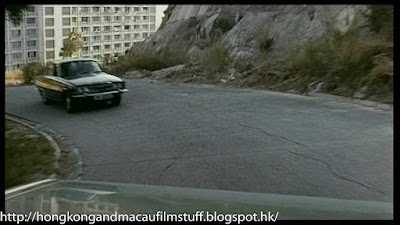 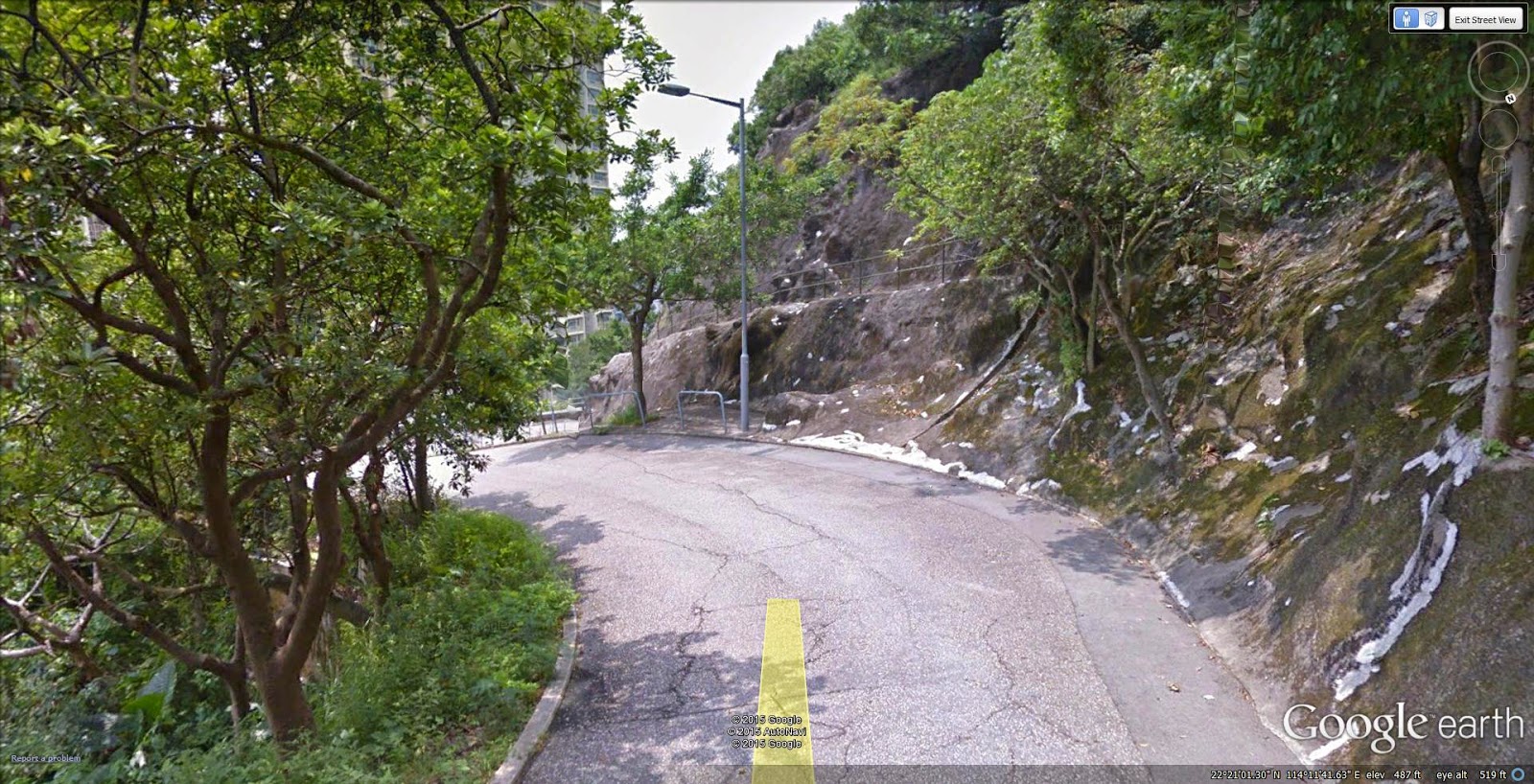 Actually, the above picture is a great example of why we can't get the same views today as we used to, not that it is necessarily a bad thing, but the amount of greenery that now covers the hillsides (all over HK) mean former views are now blocked. Personally I prefer the additional, and the views are only blocked because I am limited to using Streetview at the moment. You get a good idea of the barren nature of the area from the next few shots. 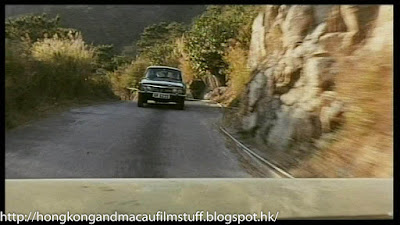 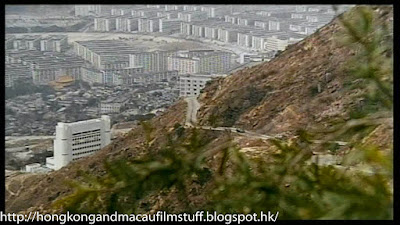 The white building on the lower left is the Tze Wan Shan Police Station. It's still there although now painted in the more usual blue/grey colour scheme now on all local police stations.

Now, although this car chase scenes terminates at the Lion Pavilion - a very well known landmark along the Wilson Trail where the trail breaks off from the road to head north - the film makers have tried to cheat us a bit and also shot some further footage further east along the road. These are the shots below which show this more easterly section of the road near the intersection with Kwun Ping Road. Lion Rock can be seen in the distance on the top picture below. 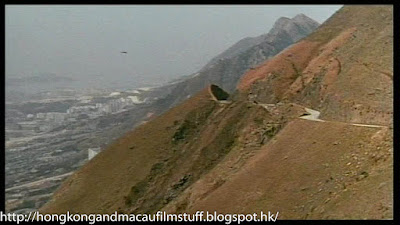 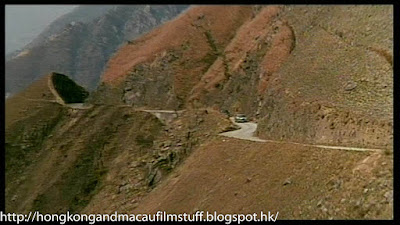 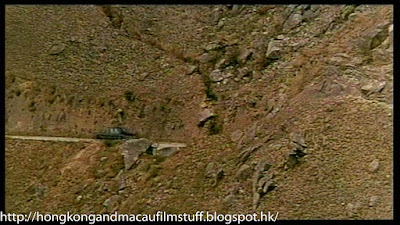