Continuing with a whistle-stop tour of Macau, we now see the regal Rolls Royce rolling past the very famous Lisboa Hotel and Casino. This was Stanley Ho's centrepiece of his gambling monopoly in Macau and I have to admit I find the garish colours and circular-styling quite appealing. This casino is still around although since the Ho clan lost their monopoly, Macau has just grown into a huge gambling territory with casinos and resort hotels popping up all over the place (though largely centred on a piece of reclaimed land between Taipa and Coloane called The Cotai Strip). 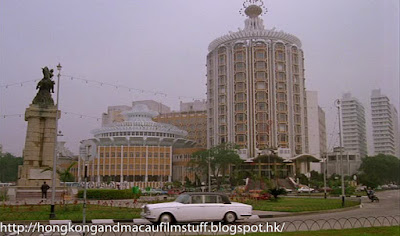 I have actually been in this casino back in 1996. It was interesting to see the various games such as fan tan and big/small, but the thing you really have to watch out for is that almost every floor is saturated with young Chinese prostitutes all doing the rounds. They rent rooms for the day and then head downstairs to ply their trade. Not the most salubrious of places to spend your time for many reasons. Just to the left of this shot is the location of Ho's new Grand Lisboa stands. It wins the prize for being the most gaudy, over-the-top, garish piece of architecture ever seen and truly ruins the Macau cityscape.

What we can see in the above picture though is the old statue of Joao Maria Ferreira do Amaral which stood at the centre of the roundabout in front of the hotel. Ferreira do Amaral was a bit of a thorn in the side of the Chinese and it's common knowledge that the statue was eventually removed (and shipped back to Portugal) so as not to piss off the Chinese when they retook Macau in 1999.

To be honest, the modern version of the roundabout is a complete mess as you can see courtesy of Streetview below (yes, that gold thing on the left is the Grand Lisboa...) 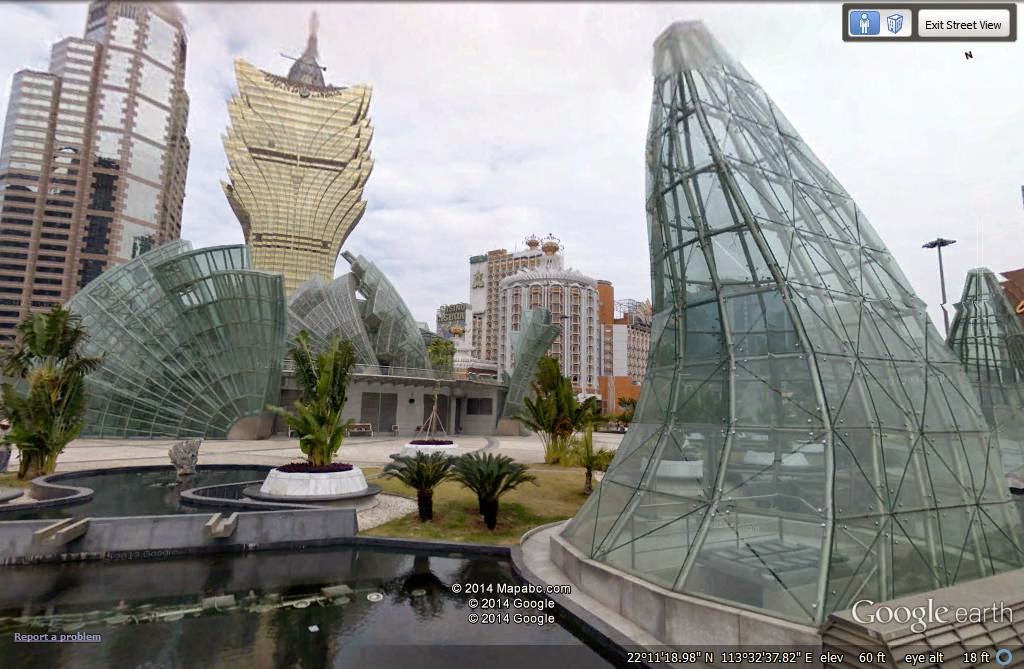