What we now know as the rather plush Intercontinental Hotel, used to be called The Regent Hotel and was owned and operated by New World Development (Cheng Yu-tung's company - he also owns the Chow Tai Fook jewellery chain) before being sold off to the Intercontinental Group circa 2001. It was rebranded and has operated as the flagship Intercontinental since then. 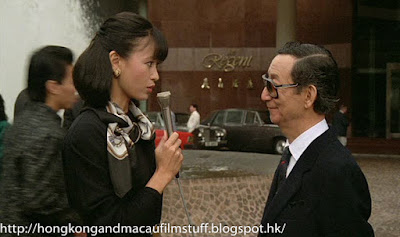 Funnily enough, Intercontinental have also just recently sold off the hotel to another owner. But all is not lost for your IC fans because the brand will continue thanks to a deal they struck to retain management of the hotel for at least the next 40 or so years... 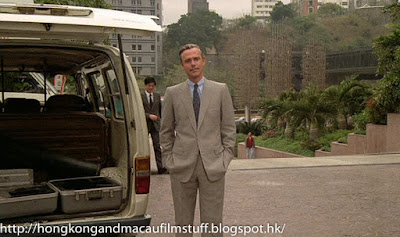 In the above picture we are looking back the other way towards Salisbury Road and it's quite interesting to see (if you can just make it out) the old signal tower on Blackhead Point (top right). The grey building beyond the van is the Mariner Club along Middle Road. Suffice to say the open sky at the back is now filled with high-rises.

The two shots above are snipped from Episode 2, but we also return to the hotel during Episode 3 when Dunross goes to meet Brian Kwok, only to find out he is 'indisposed'. So in Epsiode 3 we also get a brief look inside the hotel lobby. From what I can remember of the place it hasn't changed much. 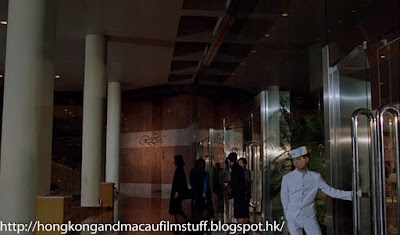 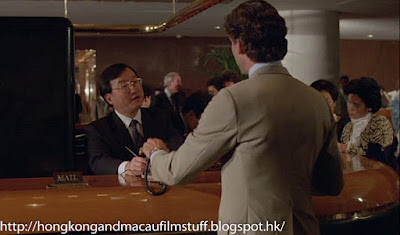