Here's an interesting shot from No Exchange on Damaged Merchandise. It shows the boys crossing the road to a newspaper vendor with a cinema in the background. 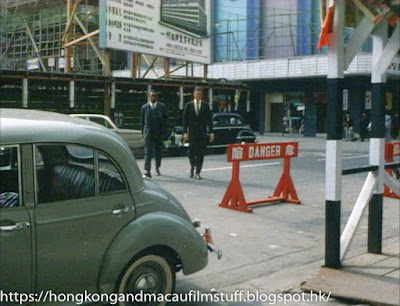 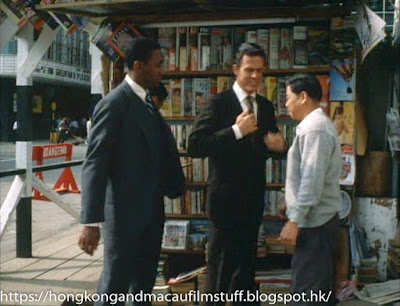 Look carefully in the background and you can just make out the film being shown at the cinema is John Goldfarb, Please Come Home. I don't know when the film was released in Hong Kong but it certainly was first released in the US in 1965, which tallies with what we know about when this show was made. But which cinema was it?

In this case the blue stripes on the building provide a bit of a clue to its identity. It was a cinema called the Sands Theatre in TST, specifically on the NW corner of the junction between Peking Road and Hankow Road. The boys have just crossed the southern part of Hankow Road and Peking Road is the one going across screen behind them on the upper shot.

According to Cinema Treasures, the Sands first opened in 1963, so it was a fairly new venue at this time, and closed in 1980. The theatre was demolished and a new building put up on the site which during my first few years in HK contained an HMV. The HMV has since moved on (twice!!) and the shop now has a large Adidas store there. See below. The angle on Streetview is a fairly good match to the original. 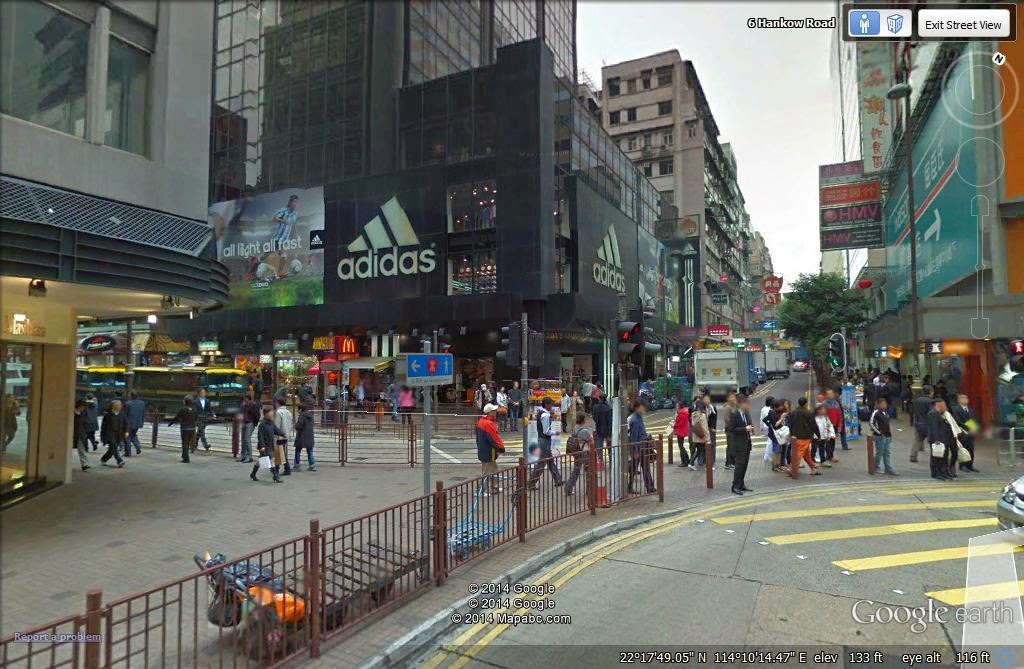 AP provided a nicely put together stitch of the two shots to give us a wide angle view of the same scene.

There's also a nice picture of it on FLICKR but looking down the road from Peking Road here.
Posted by Phil at 19:46