Another blurry shot from Men of the Dragon as we see the car (in fact a Mercedes Taxi, which I am assured was a common sight in HK during the 70's) containing Katie Saylor drives past the Hilton Hotel and down towards the old Bank of China. 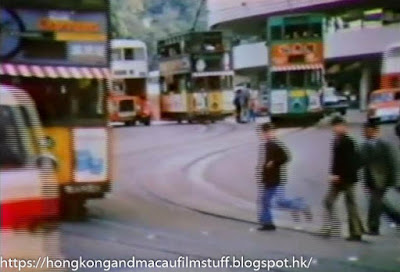 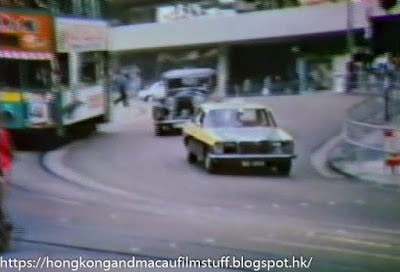 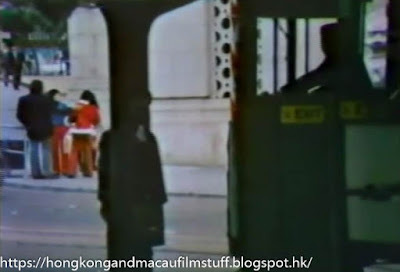 Of course the Hilton went in 1994 and was replaced by Cheung Kong Centre, but the old Bank of China building is still around thankfully and remains unchanged. The angle on Streetview isn't really a match so I have included an angle which shows the lattice stonework that we can see in the last screen grab above, and you can see the glass frontage of the Cheung Kong building where the Hilton Hotel used to stand. 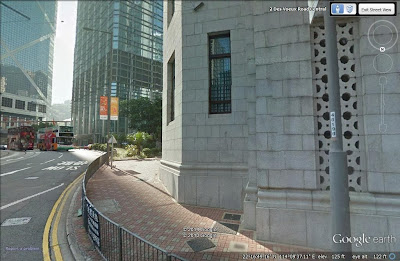 This sequence was actually immediately following the previous post I did featuring the old Cricket Club pitch, which would have been off screen left in the above series of pictures.
Posted by Phil at 13:04