Just before the car gets to Ede Road and Beacon Hill Road, we see him driving along Waterloo Road (okay, so I'm not doing these in the order I should be). First we see a shot through the windscreen that shows us Kilowatt Court. 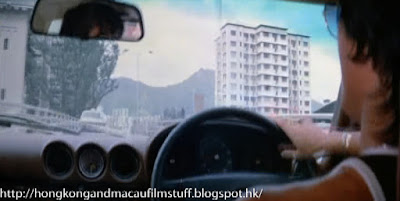 A strange name for a place but I suspect either due to its proximity to the CLP HQ (that's China Light & Power, the Kadoorie owned monopoly utility company that provides the electricity to Kowloon and NT), or it may even have been developed by one of the Kadoorie companies. Either way, it's still around as you can see from the next Streetview picture. 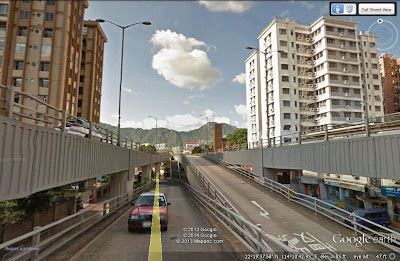 Look past Kilowatt Court on both the film grab and Streetview picture and you will see the red brick tower of the Mary Knoll Convent School. This is one of the so-called 'Band 1' local schools that sees parents so desperate for their daughters (it's a Catholic girls school) to get into that they become Catholics just for the purpose of getting some extra points on their entry forms. I know, this goes on everywhere in the world but for some reason it seems more common here. There was even an instance a few months ago of a mother who got her son baptized so that he could get into the nearby LaSalle Catholic Primary school (yes, the one Brandon Lee attended) only to find out he had been baptized as a Protestant rather than Catholic!

Anyway, here is the quick shot of the school further on in the sequence, followed by the current Streetview. 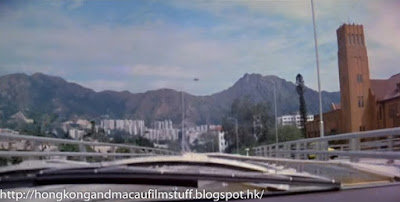 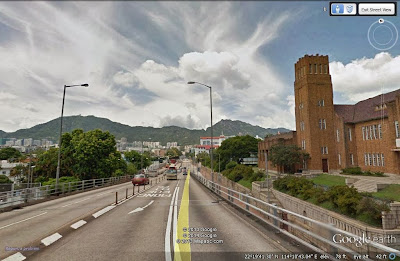 Notice anything different? Well, the most obvious difference to me is the missing pine tree in the later picture. A few years ago this tree caused a bit of a local kerfuffle. It's a Norfolk Island Pine tree and, as you can see, had been in the school grounds for a considerable amount of time. This film was made in the mid-70's and there it is in all its glory.

The school decided in 2009 that it didn't want the tree any more and was going to cut it down, causing a huge uproar from students and public alike so the school backed down. Then about a year later it disappeared completely! It turns out that the school had authorised some 'drainage' works to be carried out that resulted in the roots of the tree being severed - in essence killing the tree. This despite the fact that as a declared monument, the school should have requested authority from the Govt to carry out any works on site (in case they damaged the school), which of course they hadn't.

Anyway, you can read a much better summary of the controversy on wikipedia here.
Posted by Phil at 10:20