Quite unexpected but welcome nonetheless is the following picture. No, this screen grab isn't from the film per se, but is a nice by-product of uploading photos to this Google blog.

In case you didn't know, Google has this funky new algorithm that goes through your photos looking for effects it can apply. It's already found a few of mine that it has automatically ,merged into panoramas etc.

The following picture, as you should know from my last post is taken from a room in the Hilton Hotel where Betty was supposedly staying during the story in Bruce Lee & I. Google took the three screen grabs I uploaded and simply removed Betty! - I think there are probably a few Bruce Lee fans around the world that wish they could do the same, though I'm not one of them. 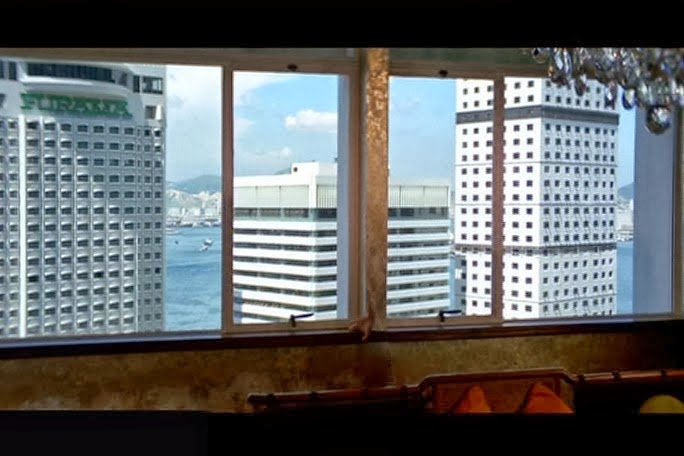 Anyway the result is a nice clear view over to the buildings and out across the harbour and Betty being abducted by aliens.
Posted by Phil at 19:13