Another great bit of spotting courtesy of Thomas who managed to nail this rather obscure street shot via the building in the far background. Further looking revealed that the Sitlani Tailors prominently featured here used to be (until the early 2000's) situated at 10 Humphreys Avenue. I think they have moved around the corner to Cameron Road since then. 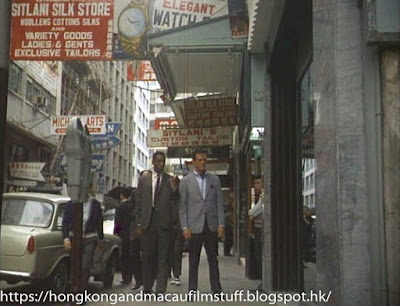 Not quite the same angle but almost, courtesy of Streetview of course. 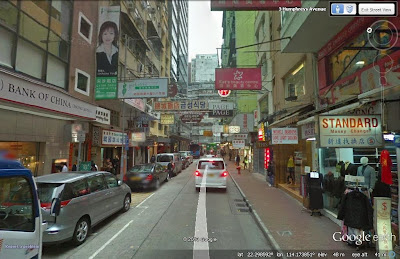 According to Centamap, the buildings on the right are pretty much the same ones that were there in 1965, but there are only one or two on the opposite side of the road and if you look carefully you may be able to match one or two portions (such as the one directly above the parking meter in the screen grab).

The building at the end of the road certainly is the same one (which is how Thomas was able to match it) - it's called the James Lee Building and was built/opened in 1961 - just a few years before this show was filmed.
Posted by Phil at 16:55