I wasn't too sure about this one at first given the number of H-block estates Hong Kong has had over the years (I know of at least two others but there was probably more). And it wasn't helped by the fact that the ultimate clincher for the identification was courtesy of the sole remaining block left over - but the problem was that at some point over the years, even that place had a bit of a facelift. 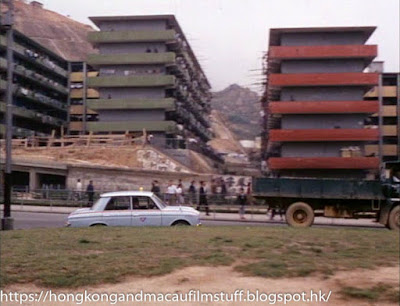 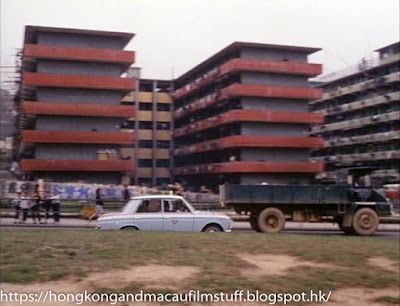 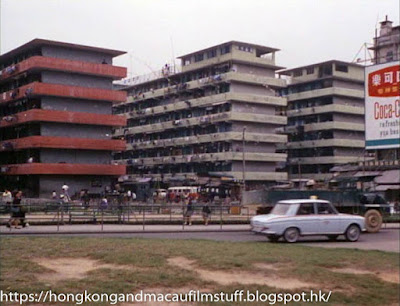 The snap at the top shows what Mei Ho House (formerly Block H, renamed to Block 41) on the left in green. Note that the design is the same as the other blocks we can see (and yes, that is Lion Rock you can see in the gap at the top). However, more recent pictures of Mei Ho House, as it is now known, show it with some stairwells built onto the front and much of the open walkways covered up. When this happened I am not sure, perhaps sometime in the late 70's or 80's? But why this one and not other I am a bit confused, so if anyone can enlighten me please leave a comment.

Anyway, here we are in 1965 and the car at the bottom is driving along the Kowloon end of Tai Po Road. As mentioned, all those blocks save for Mei Ho House have been ripped down and replaced or their bare former sites are in the process of redevelopment.

Incidentally, the sloped road you can see in the top photo is still around and the two gaps underneath it look to have been made into storage space (perhaps?), you can see them covered with blue doors in the Streetview shot below, along with the slightly modified facade of Mei Ho House. For those who didn't know, Mei Ho House has recently been graded, and turned into a museum/hostel. I live very close so may go and get some snaps very soon. 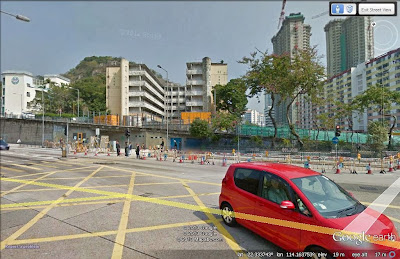