Some great shots here of the area around the old KCR terminus in TST - it's sole survivor being the familiar clocktower that stands on the waterfront. But how about the following shot showing the old Post Office? 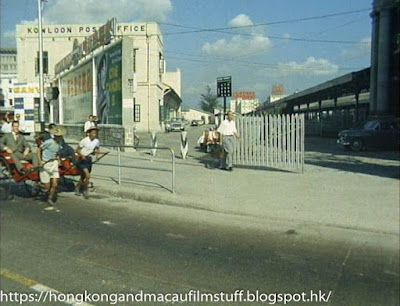 Pretty cool huh? I actually had no idea it was there. Guess I need to read up a bit more. This whole area - including the station building itself, was completely redeveloped and replaced by the windowless Cultural Centre (tell a lie, it DOES have windows, but they are actually skylights on the roof). You catch a glimpse of the development work courtesy of Bloodsport. But in typical HK fashion (this is the place that took nearly 15 years to sort out what to do with the old Kai Tak Airport site), even though the station was knocked down in 1978, the development was still going on in 1986 when Bloodsport was filmed. 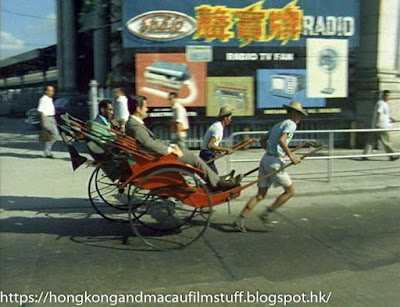 Here we see the guys running past the elegant columns of the station facade. In case you don't read my other blog, there are some remaining station columns making up a display in the former District Council garden in East TST. 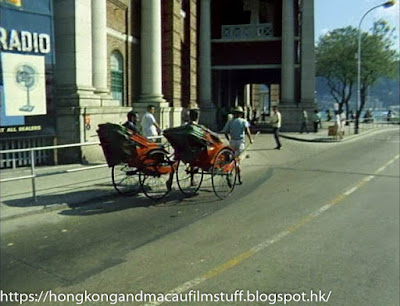 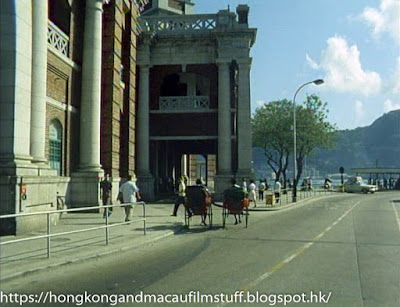 It's a real shame that the Cultural Centre design couldn't have been adapted to preserve more of the old building (such as the facade) and I feel the waterfront is poorer for it. 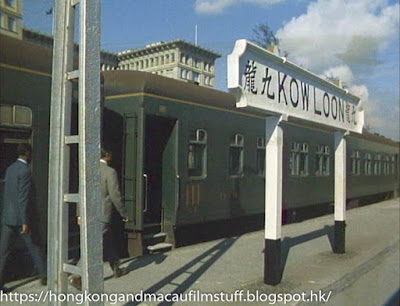 To finish off we have a quick glimpse of the old station platform sign. These big white signs were used all along the KCR line at each station. The Railway Museum at Tai Po still has one (because it is the former station as well), but more about that one later. Look at the top and you can see the Peninsula Hotel poking up at the back.
Posted by Phil at 15:03