After a bit of searching I have managed to locate the walled village that can be seen in the Affair at T'sien Cha episode. You shouldn't be surprised to hear that it has changed drastically - like many other similar villages in HK - with the addition of modern houses within the ancient walls, as well as a whole new gate house. Anyway, here are the grabs. 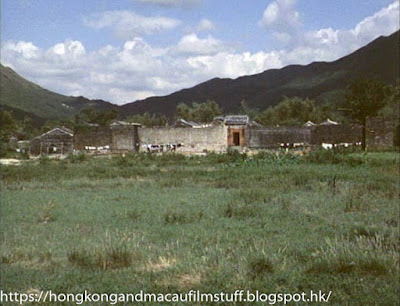 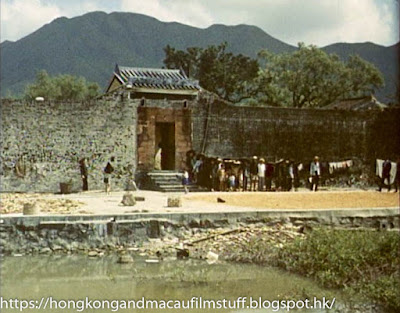 Note the hillside in the background because it helped me identify the village. 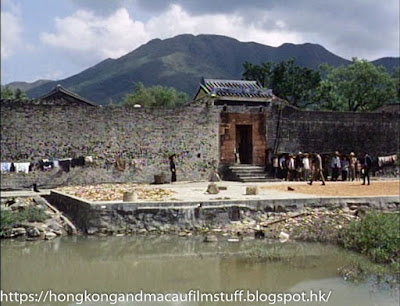 There are also some shots that were (I am assuming, I haven't been able to confirm) taken inside the village itself. 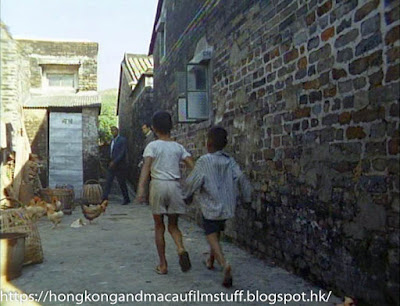 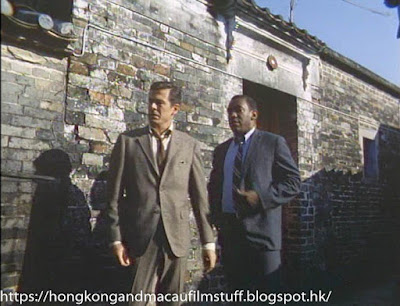 And another grab from a scene that looks to have been filmed in the surrounding village, called Tai Hang (not to be confused with the other Tai Hang - and no doubt several others - located in Happy Valley). 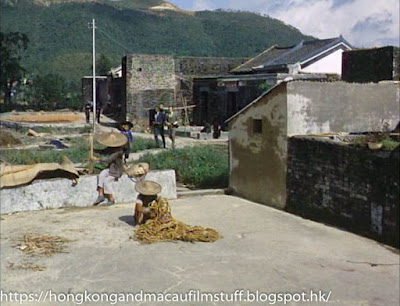 I've taken a quick grab from Streetview to show what the place looks like today - as you can see the gatehouse has been replaced and some remodeling has occurred where the top of the external wall meets the sides of the gatehouse (was curved, now square). But if you look closely and compare with the very first screen grab at the top, you will notice that some of the original buildings inside the wall are still there (in specific I am talking about the pointed roofs to the left of the gatehouse - they can also be seen in the screen grab). The clincher was of course the background hillside which is in fact the NW side of Cloudy Hill. 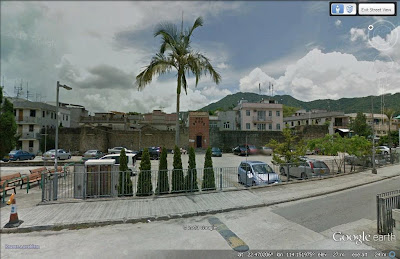 Anyway, now I know where it is I will take a couple of screen grabs up there one day and ask if anyone remembers the filming. Keep watching...
Posted by Phil at 14:48