Let's kick off the I Spy posts with the beginning of the episode entitled Affair in T'sien Cha. The location should be very familiar to anyone who has read either of my two HK-based blogs. Yes, it's our trusty Chinese-styled house above Wanchai - 8 years before it became the distant lair of the nefarious Han, and ten years after it was the abode of Clark Gable. 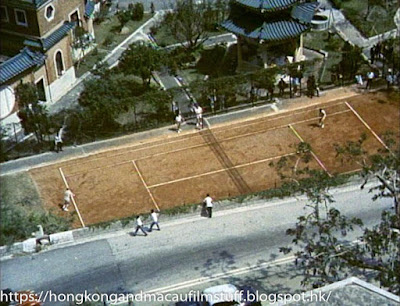 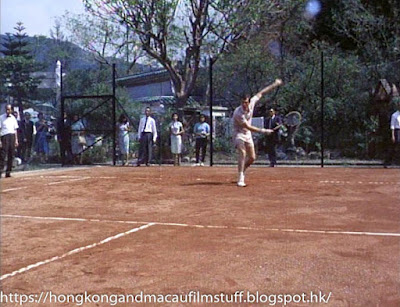 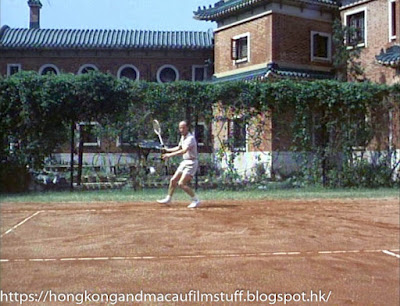 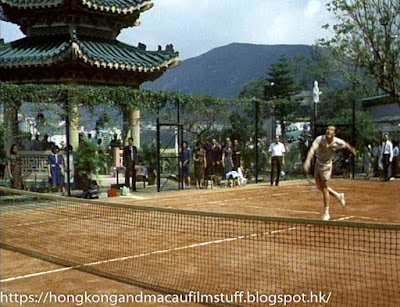 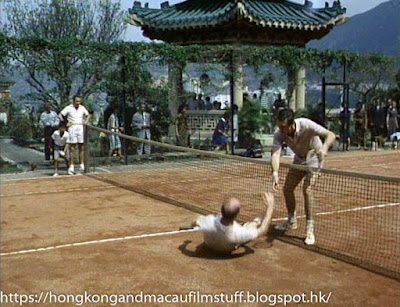 For those familiar with the series itself, you will know that the premise is that Robert Culp plays a tennis player who travels the world participating in competitions and Cosby is his coach - but of course the roles are just a cover for their real work as spies.

What I hadn't realised, and which I have to thank AP for making me aware of is that - as you can see - King Yin Lei used to have a (grass, no less) tennis court right at the front of the property, next to Stubbs Road! I had no idea until AP sent me these caps - anyway, sadly the court was buried under a land slip during a typhoon the following year (1966).
Posted by Phil at 14:56