Part of the same foot chase scene which sees Forest Whitaker and Norman Burton pursuing JCVD through the streets of TST on Kowloon side, we suddenly make a huge leap across the harbour and find ourselves in Causeway Bay.

Switching camera angles create the image of Van Damme crossing a small nullah like waterway, but in fact he gets in and out on the same side of the harbour whilst his pursuers founder in the water. 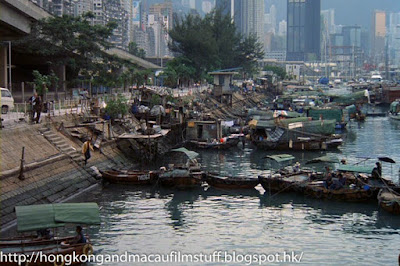 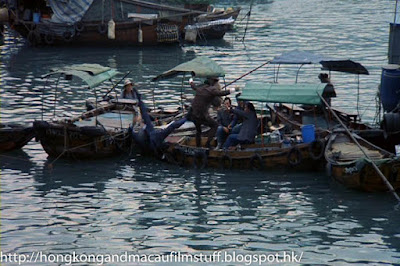 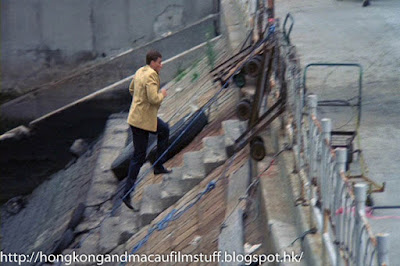 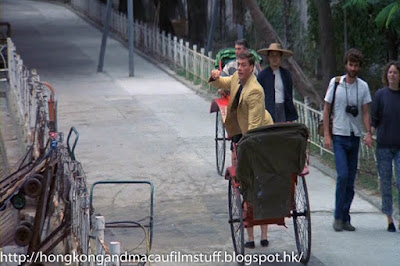 The little sidewalk running along the waterfront is still there and the typhoon shelter is of course still very much in use (it even has its own floating Tin Hau Temple). Look carefully at the top grab and you will see some green-coloured umbrella-shaped sun shades just where the flyover comes down to ground level. These things are actually still there (or at least they were when the Streetview car drove by). Being a pedestrian pavement the closest I can get without physically going there is this view below. 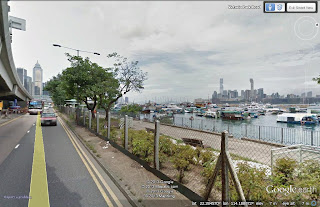 The pavement is the one that runs along the right (in case you really do need telling). Look for the gap in the railings and you will see the exit from the steps that JCVD took as he entered/left the typhoon shelter. And further along amongst the trees you can see the umbrella-shaped sun shades I was talking about.
Posted by Phil at 10:06