After the Policeman has informed the US cops of Dux's whereabouts, a chase ensues in which Van Dammage leads our unfortunate stooges on a haphazard runaround across an impossible amount of local territory. Movieland strikes once again as we jump from one location to another with almost amazing speed - starting off with JCVD leaping the central barrier on Nathan Road (the most amazing thing is the local cops didn't nab him for jaywalking...actually, the local cops are a lazy bunch so not that surprising after all!). 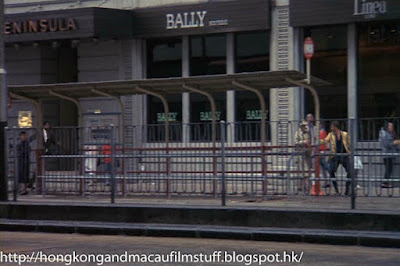 So what has changed? Nothing really other than Bally being ousted by Harry Winston, and Linea being shoved out by Fendi. The bus stop has been modernised with a glass roof, but that's pretty much it. 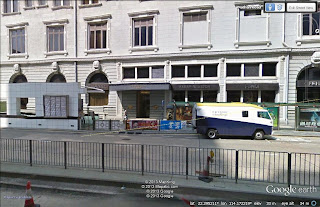