These days most of the container business is concentrated on the SE side of Tsing Yi, but back in 1985 when this film was made, this site on the western side of the island, was a much busier place.

The container terminal is the setting for the film's finale where we see some naked women (hooray!), a fight with Bill "Superfoot" Wallace (double hooray!), and Danny Aiello blow up a sniper with a bazooka (triple hooray!!!).

We start with a view across the dockyard towards the northern part of Tsing Yi. The road on the right is Tsing Keung Street. The site is split into two parts, the lower part along the shoreline is the processing area and the upper part, seen in the foreground, serves as a container storage area. It's in the storage area that the baddies are supposed to have their drug labs (staffed by naked ladies for some bizarre reason that only James Glickenhaus can explain...or not). Actually, this whole view below is now dominated by the Tsing Ma bridge spanning from Tsing Yi to Ma Wan Island (that's the bit of land behind the derrick's upper part). 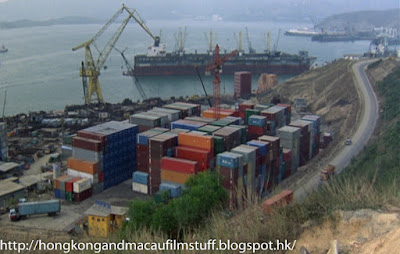 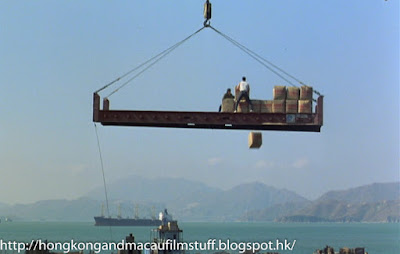 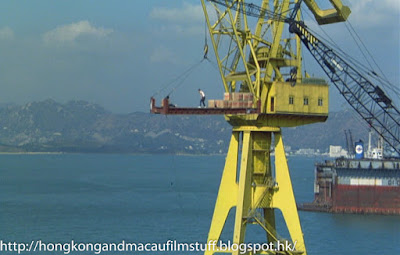 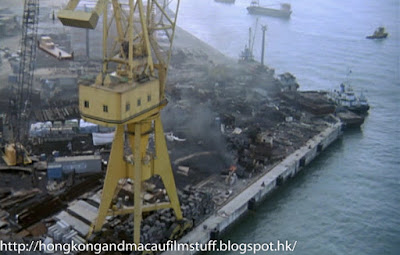 In the shot below we have Danny Aiello getting a jolly good eyeballing of the dockyard from the vantage point of the nearby hillside. The yellow derrick you can see seems to still be around, but whether its the same one we can see here is hard to say - the site seems to have had multiple derricks at various points, but is now down to one - perhaps a reflection of the fact that a large proportion of container traffic now goes elsewhere?

Anyway, in the shot below if you look carefully you will see a small island centre-left at the top. This is Tang Lung Chau and is a small rocky islet off the coast of Ma Wan Island. 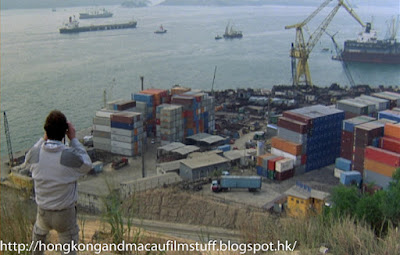