Worldwide House is well-known for its lower floors' dedication to the local Filipino community. It has a whole load of shops on the 1st floor that cater specifically for Filipino tastes and needs. Just head down there any Sunday and you'll see what I mean. In Noble House the building is the HQ for Gornt's empire, Rothwell-Gornt, and we get to see the ground floor entrance as well as the odd scene shot inside Gornt's office which does appear to be inside the building itself.

Not many people realise that the building itself is built on the former site of the rather elegant General Post Office that sadly, along with many other very grand and unique colonial-era buildings, disappeared throughout the 70's and 80's. On an aside, the sole remaining pieces of the old GPO building are several columns that were donated and moved to Kadoorie Farm in Lam Tsuen where they still stand today. Anywhere, here is the current building we are talking about. 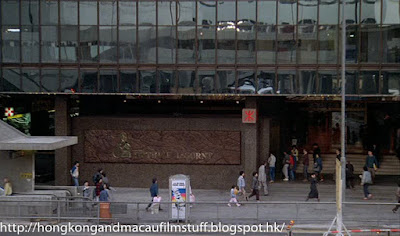 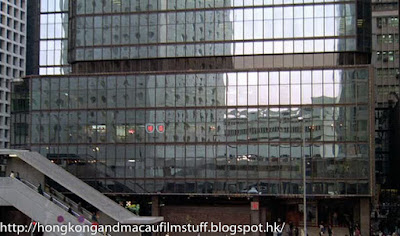 The ground floor is also Exit A of the Central MTR station, hence the MTR sign on the wall. 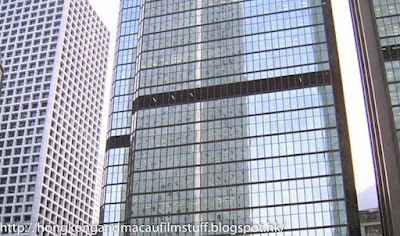 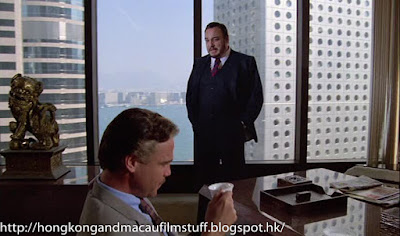 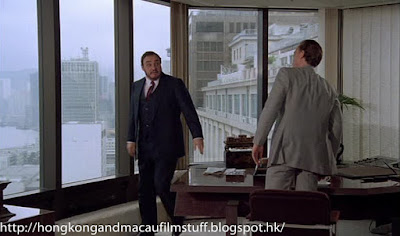 The views from Gornt's office show not only Exchange Square on the left but also Jardine House. The lower picture seems to be showing the previous building to the current Chater House. It was in fact the old Swire House (demolished in 1998) with its rather more stylish rooftop - the current building is, unsurprisingly for modern HK, just a boring generic glass box.