The Hong Kong Academy for Performing Arts (APA for short) is a veritable HK higher education institute dealing with degrees and diplomas in performing arts: music, acting, opera, dance, film production etc. In Noble House the main campus building along Gloucester Road doubles as the HQ for the suffering Ho Pak bank which undergoes a run thanks to some malicious rumours spread by a certain Quillan Gornt.

The Academy was founded in 1984 and not so long ago (2003) also managed to obtain a second - extremely attractive - campus in Pokfulam in the form of the Bethanie building.

If you have kids in HK then without doubt at some point you will come to the Academy to visit the various Childrens' shows that play at the Lyric Theatre (so far we've watched things such as Barney, Thomas the Tank Engine, Room on a Broom, The Gruffalo, Mr Ben and many more).

Anyway here it is as it appears on film as the Ho Pak Bank. 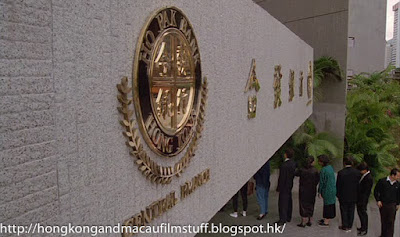 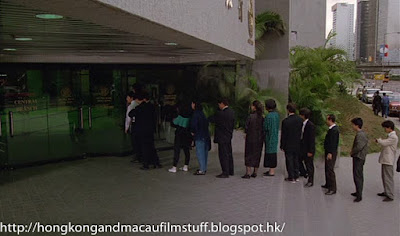 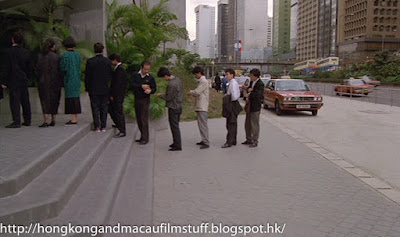 And here it is looking exactly the same (minus the fake bank emblem) courtesy of Streetview. 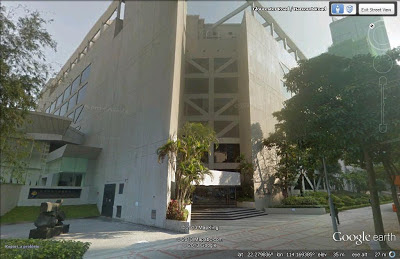