Okay, so in the book, the hotel in question is actually named The Victoria and Albert Hotel, but anyone who has been to HK will know that it is the grand old lady of TST that our American protagonists settle down in. In the TV show, I think perhaps the name was a bit too prominent for our film makers to cover up, so they just left it as is. 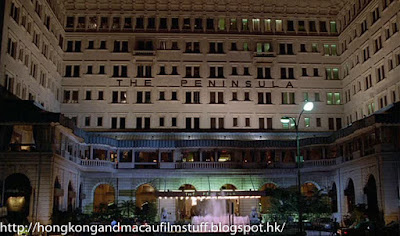 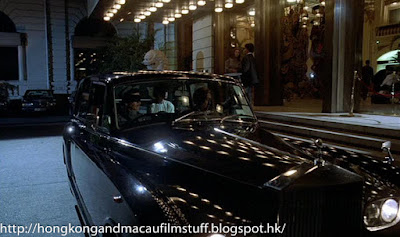 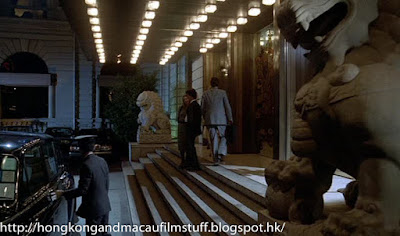 Back in 1989 we can still see the place before it was given its additional office tower (added in 1994) and the basement carpark that is now accessed from the main driveway seen above. Actually, I'm not sure when the carpark was added, but perhaps at the same time as the 30-floor office block? As a result of the carpark the front driveway was raised a couple of feet and the main entrance lost its steps as a result.
Posted by Phil at 21:11