The Shun Tak Centre - the locations of the HK/Macau Ferry Terminal for those who are not familiar with HK - is used on a couple of occasions as a stand in for Kai Tak Airport Terminal. First there is this shot of Gordon Jackson walking past the ground floor escalators. 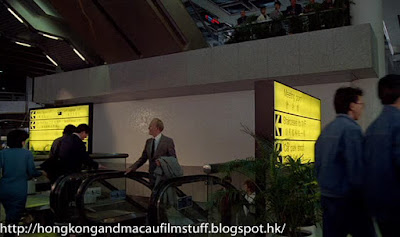 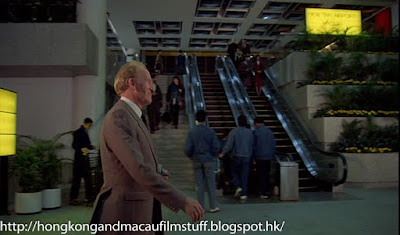 When I was first writing about Noble House locations on my other blog, I had initially mistaken this for the real Kai Tak terminal because there was a similar escalator system that led up to the terminal viewing gallery and cafe. Anyway, following a quick trip to Macau on Saturday I managed to get a reasonably similar angle with my phone. See below. 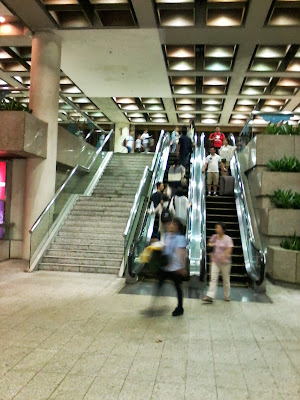 As you can see it hasn't really changed at all in nearly 25 years.