I'm just rounding off the Double Impact locations with a few no-brainers - odd shots that are easy to place but should be included anyway - starting with some of the buildings that line Connaught Road in Central.

For obvious reasons, filmmakers like to include helicoptered shots of the HK skyline and here is one in which we can see a few recognisable landmarks. Starting with picture one below we can see the east tower (i.e. Block 3) of Exchange Square and next to it the towering blue-glassed oblong of the Hang Seng Bank HQ. Incidentally, this latter one stands where the old Central Fire Station used to stand. 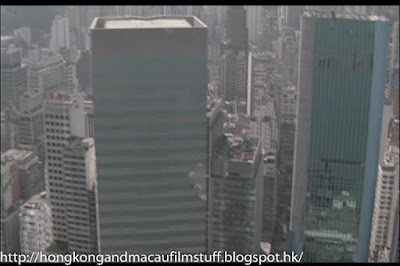 Believe it or not even this angle from a helicopter is no longer possible because right smack bag in front of  the Hang Seng Building now stands IFC1 - part of the IFC development that includes what was once HK's tallest building (until the ICC was built in Kowloon) - the IFC2 - and a huge mall. 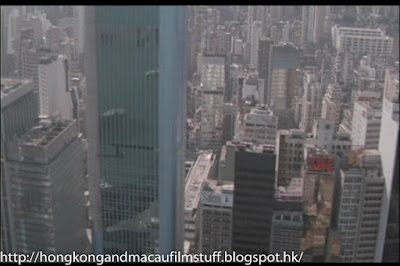 In these next couple of shots we can see some much smaller buildings to the right of the Hang Seng HQ. It looks as though the next 4 buildings have already all been demolished - up to and including the gold one with the red sign at the top. What stands in their place now is the new Hong Kong HQ of the Agricultural Bank of China. 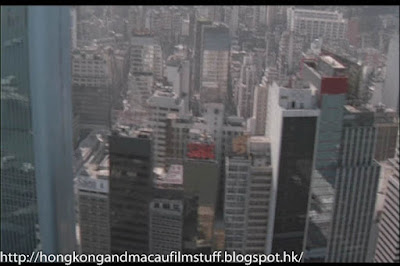 All other buildings (including Chinachem Plaza with the red top) on the right hand side still remain, as can be attested by this Streetview grab. 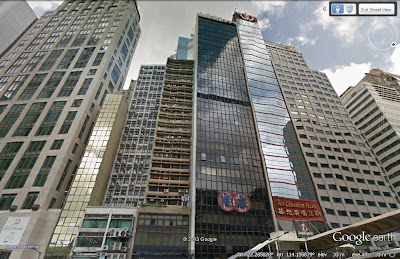