Yes, that's right, the same place I just posted used in the finale of The Protector was also used 5 years later for a scene in Double Impact when JCVD is taken by the gang boss to a deserted area and promptly beaten up inside a container by Yang Sze (aka Bolo).

I had been wondering where this place was for a while although I already knew it was the same location for both films, but have finally seen some clues on screen that link Tsing Yi with this place. 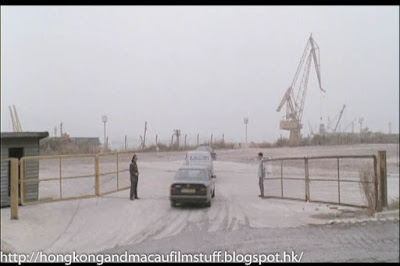 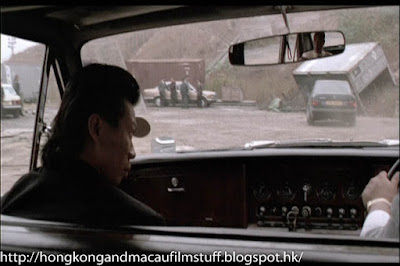 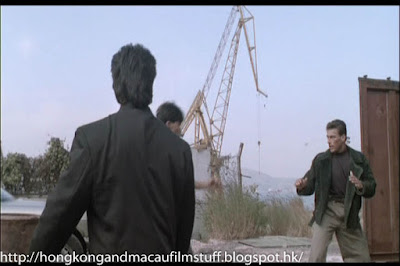 This was a toughy, but the combination of the yellow derrick, the raised appearance of the area and the nearby slopes, as well as the glimpse of the NW corner of Lantau Island in the background mean that this area is the upper storage level of the container processing terminal along Tsing Keung Street on the west side of Tsing Yi.

Of course, as I mentioned in the The Protector post, this whole area has changed significantly with much of the cargo processing moving to the Kwai Chung side of Tsing Yi as well as the creation of the Lantau Link (i.e. Tsing Ma Bridge et al) which now occupies much of the skyline in the background.
Posted by Phil at 14:01