A small secluded bay on the south coast of Lantau Island served as the intrepid heroes base. The Chi Ma Wan peninsular is home to several bays, one is called Tai Long Wan, another houses the Sea Ranch development (some weird ghost town that was promoted as a seaside getaway) and another just around the headland is called Mong Tung Wan. It was this latter one that was used for JCVD's hidden lair. 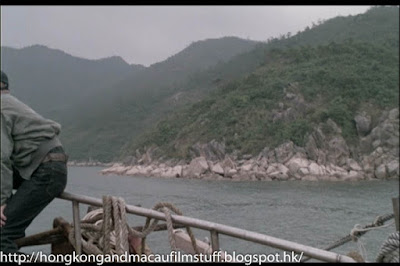 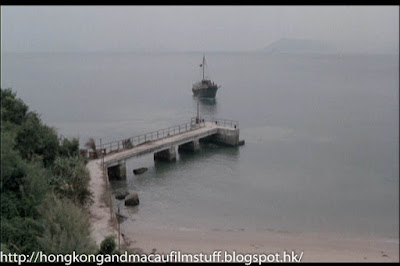 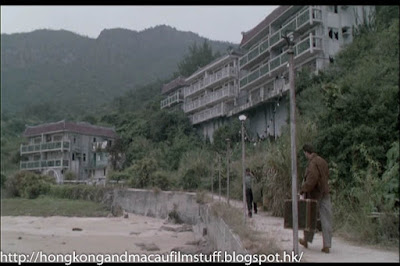 Since I posted this particular location, my friend Andi from Germany (of the Hong Kong Movie Tours blog) has been along and taken a bunch of photos around the area. As usual he has done a great job at matching camera angles almost perfectly and he has also included many shots from the beach which are seen during the battle scene. Anyway, here is that post. 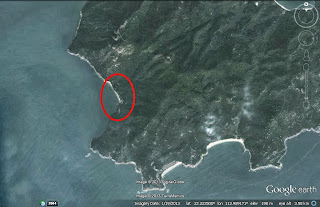 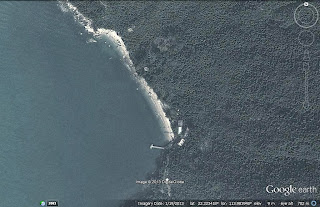 Sadly there is no public transport here, but you can potentially reach it via Lantau proper and hike as Andi did or get a ferry to nearby Cheung Chau and then pay someone with a kaito to take you there. There is a very sporadic ferry service to the nearby Sea Ranch development which sits in the next part of the bay (called Yi Long Wan).