Back in 1991 the former "Old Mental Hospital" on High Street was about to undergo a bit of a transformation, turning it into the modern complex that can be seen today. The fact is that only the bottom two stories' facade has been preserved and the rest of the building has been completely remodeled. 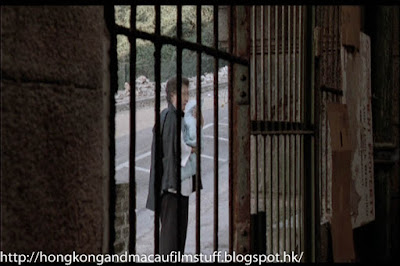 The shot above looks to have been taken at through the main entrance on High St. Here's what it looks like today from the front. 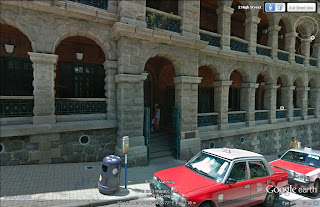 And the following shot shows the A-Mah (old HK name for a female helper/maid) carrying one of the twins up Eastern St. 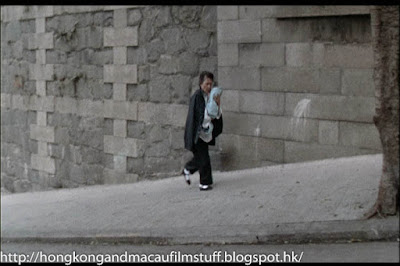 Streetview hasn't been up this road, so until I go and get some shots of my own we will have to make do with this shot looking up from the junction with Eastern and High St. 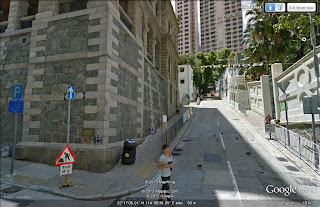 I'm fairly certain that this last shot below is a studio mock-up. It has an air of falseness about it and I don't think there has ever been an entrance at this place where it is sunk into the ground with steps going down to it. Of course I could be wrong because I have no idea what was done here before the renovations (after this film was made) and Streetview doesn't let me take a sneak peek up the other side of the building. I'll head over there when I have some time and report back :-) 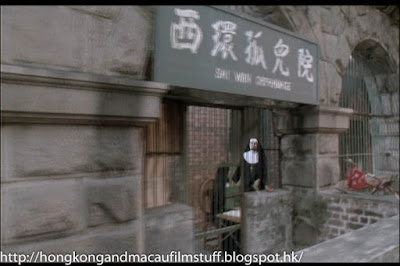