Here is a shot that will automatically trigger some very nostalgic feelings within a whole generation of Hongkongers. Yes, a shot of a plane flying low over Kowloon City as it prepares to land at the old airport. 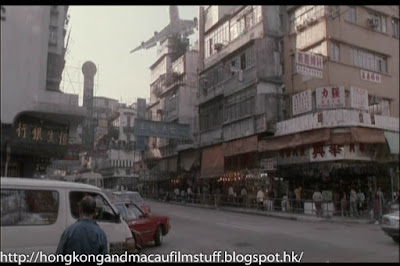 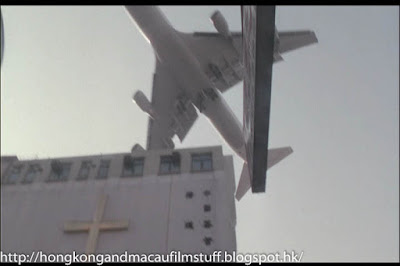 The site of this one is fairly easy to spot because Kowloon City has remained fairly untouched in the intervening years. This shot was taken at the intersection between Nga Tsi Wai Road and Hau Wong Road.

The church you can see in the lower pictures is still around although the Hang Seng Bank branch that was once on the ground floor has been replaced by what looks to be a tutorial centre. I'm sure that you may think that since the airport has moved that the Kowloon City residents have sighed in relief from the constant noise and worry of planes crashing into their homes, but the fact is that many of the businesses in the area have disappeared since they no longer get any foot traffic from the nearby airport. A typical days business during the week in Kowloon City is now only ever even matched at the weekend. However, the area seems to be reinventing itself as a Thai restaurant, Chiuchow restaurant and Chinese hot pot hub. Here is the same location via Streetview. 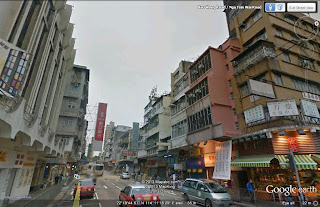 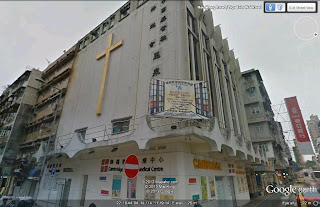